A few years ago, the movie Cowboys and Aliens, starring Daniel Craig, Harrison Ford, and Olivia Wilde, arrived amid a lot of hype and interest generated by the premise, which seemed perfect - a sci-fi Western. But many critics and fans were disappointed, and compared it unfavorably to an old classic by special effects master Ray Harryhausen - The Valley of Gwangi, which forty years before Cowboys and Aliens did an even better job of mixing two great genres together by combining cowboys and dinosaurs.

Although it was somewhat overlooked in its own time, Gwangi has been a cult favorite for decades, and it remains one of the films for which James Franciscus is most fondly remembered.

Franciscus stars as Tuck Kirby, who, working for Buffalo Bill's wild west show, seeks to buy out another, struggling wild west show in Mexico owned by Tuck's former girlfriend, T.J. Breckenridge (played by Polish-Israeli actress Gila Golan). But T.J. has a secret attraction that she thinks will save her show - a miniature horse. As it turns out, however, the horse was found in a secret canyonland called The Forbidden Valley, to which a band of local gypsies wants it returned for fear of the evil curse attached to removing animals from the Valley. An English paleontologist, Sir Horace Brimley (Laurence Naismith) is also interested in tracking down the horse's origins. Together with Brimley, and T.J.'s employees, Tuck finds the Forbidden Valley and discover it holds animals much more impressive - and threatening - than miniature horses: dinosaurs. And the most impressive and threatening of all is a T-Rex/Allosaurus (Harryhausen claimed he was going for a mix of the two), known to the gypsies as Gwangi.

Being cowboys, they do what cowboys do, and wrangle the huge beast, taking it back to T.J.'s circus to become its star attraction. But later movies influenced by Gwangi, from Jaws 3D to Jurassic Park, have taught us that some animals are just too dangerous to ever be kept in cages... 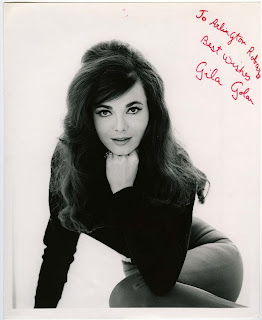 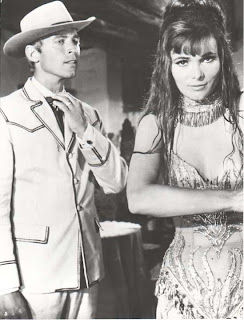 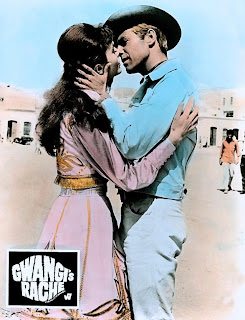 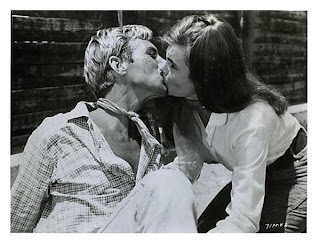 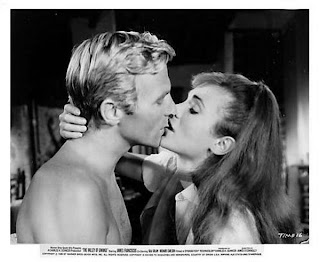 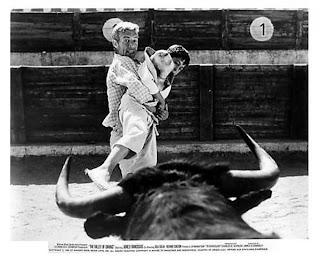 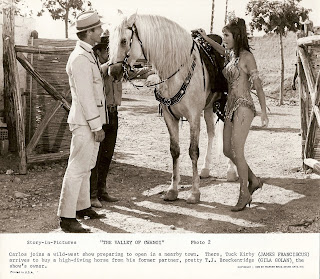 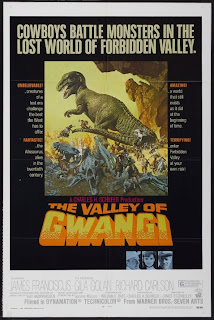 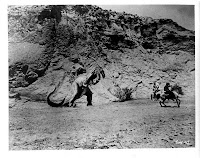 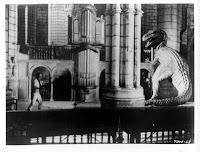 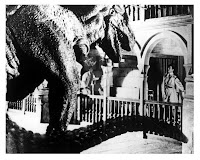 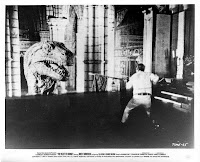 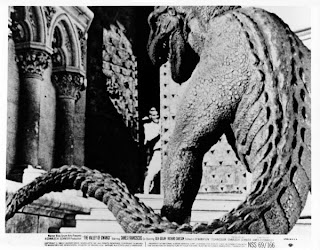 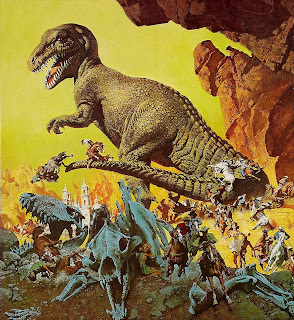 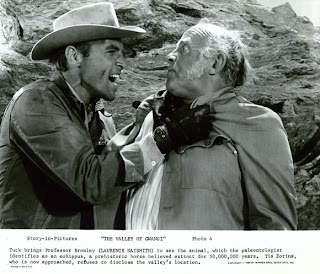 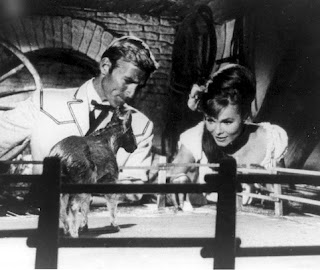